There are many agencies involved in space travel and exploration. The main agencies in the continued discovery of the cosmos are:

The most newly formed main space agencies are:

Many other countries in the world have their own agencies that are dedicated to the research of the cosmos. The American, Russian and Chinese agencies are the only agencies currently that have the capabilities of launching and landing spacecraft on another surface other than Earth.

Of the 4 main space agencies, only one of these agencies has landed people on the Moon, and only six times from 1969 to 1972. Why? Because it’s a very hard and expensive task to travel to space and to the surface of the moon. People haven’t been back to the moon since then, and that is now over 44 years.

The next manned moon landing is proposed to be sometime past the year 2024. Well this could change, but if this is the case, a manned mission to the moon from the last one will be over 52 years. That is more than half a century.

The next step for space agencies: 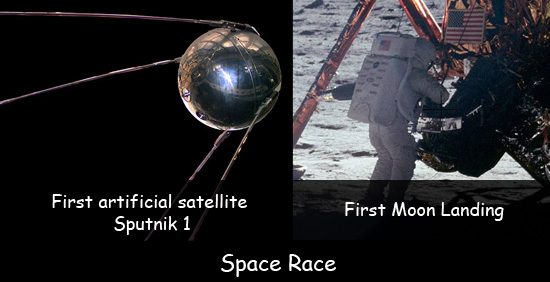 The next space race is the race to reach Mars by manned spacecraft, and this race is already heating up.

Who will get there first and when is still to be determined, but be sure there are many agencies working on how to achieve this amazing feat.

NASA (US) is aiming to launch a successful manned mission to Mars by the end of 2030.

CNSA (China) is aiming to launch a successful manned mission to Mars by 2021.

There are also a number of other private organisations making big efforts to beat the main space agencies to the race to Mars.

Over the last 40 plus years since people landed on the moon, there have been a number of Mars programs to land people on the Martian surface, however none of those planned missions happened.

Will the US, China or one of the private organisations make it to Mars and have man touch down on the red planet? The answer most definitely is yes. It will for sure happen one day, but it’s when and will it be soon!

# 1. The budget for NASA is almost 20 billion dollars a year.

# 2.  There have been two space flight disasters in NASA’s history. Space craft Challenger in 1986 & Space craft Columbia in 2003.

# 3. The total world budget for space exploration is over a staggering 40 trillion dollars a year.

Q. What does NASA stand for?

Q. What does ESA stand for?

Q. How many manned missions to the moon have there been?

Q. What year was the moon landing?

Q. When is the next planned moon landing by NASA?