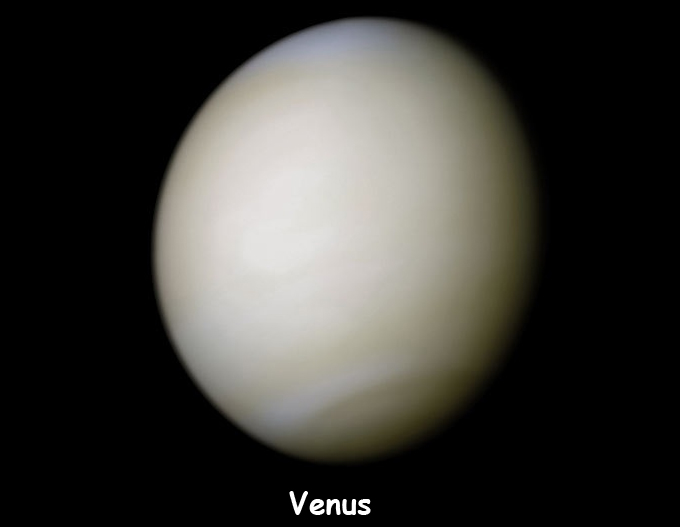 It’s not known exactly when Venus was discovered and by whom as Venus has been known for a very long time, and is one of the planets that can be seen from Earth without a telescope.

Venus’s orbit around the sun is the 2nd fastest orbit of all the solar system planets. Venus is the slowest rotating planet, and rotates backwards.

Venus is the hottest planet in the solar system and can reach an amazing 900 degrees. Venus orbits the sun in 225 days, which means 1 Earth year on Venus is 225 days.

# 5. Venus was named after the Roman goddess of Love.

Q. What is the distance from the sun to Venus?

Q. How long is an Earth year on Venus?

Q. What is the hottest temperature on Venus?

Download questions about Venus here: Venus (answers on this page)

Teacher. For more in depth work sheets on Venus. Click on Kidskonnect. Worksheets

For further reading and more information on Venus visit http://www.planetsforkids.org