Hi universe lovers! This is the third in our series of book reviews based on the sixth writing project on World Asteroid Day organized by Chinthaka Nanayakkara who is a former Brand Ambassador of Sweek.com.

If you are interested in knowing some back ground on this series you should start at the beginning! We don’t want you to be confused! (Warm smiles)

Samantha F Carneiro is just “Sam” for everyone who participated in the project, winning their hearts as she assumed the role of the Portuguese Coordinator within a few weeks she joined WRIPE-6. 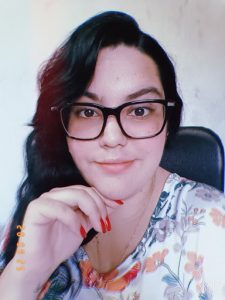 Also a mini e-book author of the project, she released her own story titled ‘If an Asteroid Falls on Rio de Janeiro’ followed by its Portuguese translation ‘Se um Asteróide cair no Rio de Janeiro’. 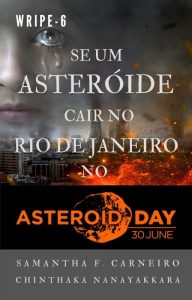 Attracted to Thriller & Horror, Action & Adventure genres, Sam Completed ‘If an Asteroid Falls on Rio de Janeiro’ on Feb 15, 2020. Its Rating was ‘Safe’ and time to read was 3 minutes. Rowena Claudia Fortuin, the Afrikaans coordinator of WRIPE-6 comments “What an intriguing and heartbreaking read! You have a way with words!”

‘If an Asteroid Falls on Rio de Janeiro’ depicts the true panic that can be witnessed in society when it suddenly dawns upon them that they are all going to perish within a few hours time. 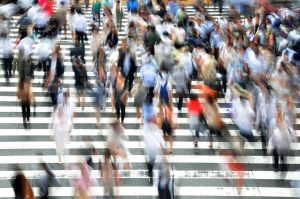 The narrator of the story was describing a calm and quite ‘Rio das Ostras’ (the Oyster river) when the emergency warning comes in: the entire Southern region of South America is going to be reduced to dust by an Asteroid just discovered  – and then everything becomes chaos.

Uniqueness of her writing style in this story is that she presents it in short paragraphs that mostly consist of single sentences. You load the story to your screen and you get the idea that you are looking at an event agenda rather than a mini e-book on sci-fi.

Yet, it is one hell of a powerful story.

You can now access ‘If an Asteroid Falls on Rio de Janeiro’ FOR FREE! If you find it really enjoyable as I did, you can Like, Follow, Share it among your online friends! You can also drop a friendly hi (or Olá) to her anytime! She speaks both English and Portuguese fluently.

As WRIPE-6, reaches nearly hundred mini e-books in more than five different languages Samantha Ferreira connected online with the Chief Organizer of the project from Rio das Ostras, Rio de Janeiro, Brazil over a cup of tea, in a quiet evening. [Read the full interview]

Read the moons sections, and you will learn about how moons have developed billions of years, and how important our moon is to the Earth. Now let us look into…

Let's bring it closer to home and talk about our very own moon. Our moon, or 'Luna' as it's also called, is very important to us and to the Earth…

I know that you know our own moon that orbits our planet because you can see the moon from Earth. But what are moons and what do they do? Let's…