Home Blog Book Review – “If an asteroid falls on Bergen, Norway” by Chiminonroll

Book Review – “If an asteroid falls on Bergen, Norway” by Chiminonroll

As this week draws to a close we bring you the fifth book review (It is about Bergen, Norway!) of this exciting blog series that is based on the 6th writing project (WRIPE-6) organized by Chinthaka Nanayakkara who is a former brand ambassador of Sweek.com. The writing project was launched in commemoration of the world asteroid day that was celebrated on 30th June 2020.

Chiminonroll joined WRIPE-6 at number 22nd participant of WRIPE-6 which is the 6th Writing Project organized by Chinthaka Nanayakkara focusing on World Asteroid Day due 30th June 2020 and became the WRIPES coordinator for Norwegian language. She maintains https://nordicwripes.blogspot.com/ which is the Nordic version of WRIPES official blogger site.

Her literary work includes a World Made up of a Thousand Words, and collaborative editing and publishing with Hansha on his stories The Reflecting Nightmare and 1000 Year War.

Hvis en asteroide krasjet på Bergen is actually the Nordic version of Chiminonroll’s entry to WRIPE-6 is “If an asteroid falls on Bergen, Norway” which is available in many languages. 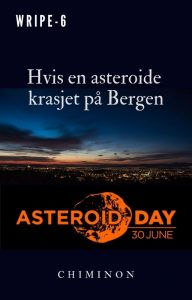 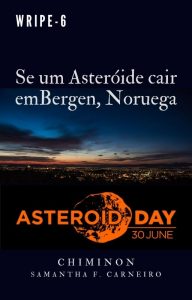 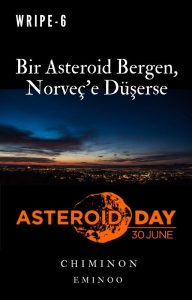 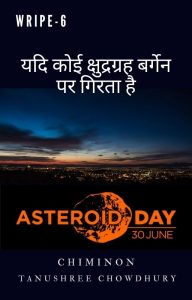 Chiminonroll has a gift for creating vivid imagery in a reader’s mind. This is pretty evident throughout her story; especially at the opening of her story when she sails into a rich description about the misty coastline of Bergen, with its numerous fjords and rocky mountains. At the middle of the story, however, the mesmerizing description of the attractive geographical features of Bergen is subtly nudged towards the characteristic ‘always rainy’ weather in this part of Norway. When she mentions the oversight of NASA to detect the oncoming asteroid in good time to comply with the writing prompt given, it is almost a pity to escape from that rainy, fairy world of fjords and mountains.

The extent of possible damage on Norway by Asteroid 2020 is mind numbing. She theorizes that the collision impact would be“60 times greater than the atomic blast in Hiroshima” and explains the plausible scenarios if the asteroid falls into the sea, or if it makes landfall on – yeah –land.

You can enjoy the “If an asteroid falls on Bergen, Norway” FOR FREE in Sweek.com and if you find it as an really interesting read, you can share it among your friends, Like and Follow – and here comes the most exciting part -stand a chance to participate in upcoming WRIPE-7 or the 7th Writing Project of Sweek.com.

If you are really lucky your book would be featured in Youtube promo videos and in blog posts like this.

In this section, we are going to continue the search outside of our own planet, and we are also going to ask the question. What if we are alone in…

Space Mission - Are We Alone In The Universe

Are we alone in the universe. ? This is a good question, and it deserves a good answer! In this section on space exploration, we have learned about all of…

Have you heard of the 'Parker Solar Probe'? It's a new spacecraft that has been launched by NASA, (National Aeronautics & Space Administration) and it is very exciting. The mission…